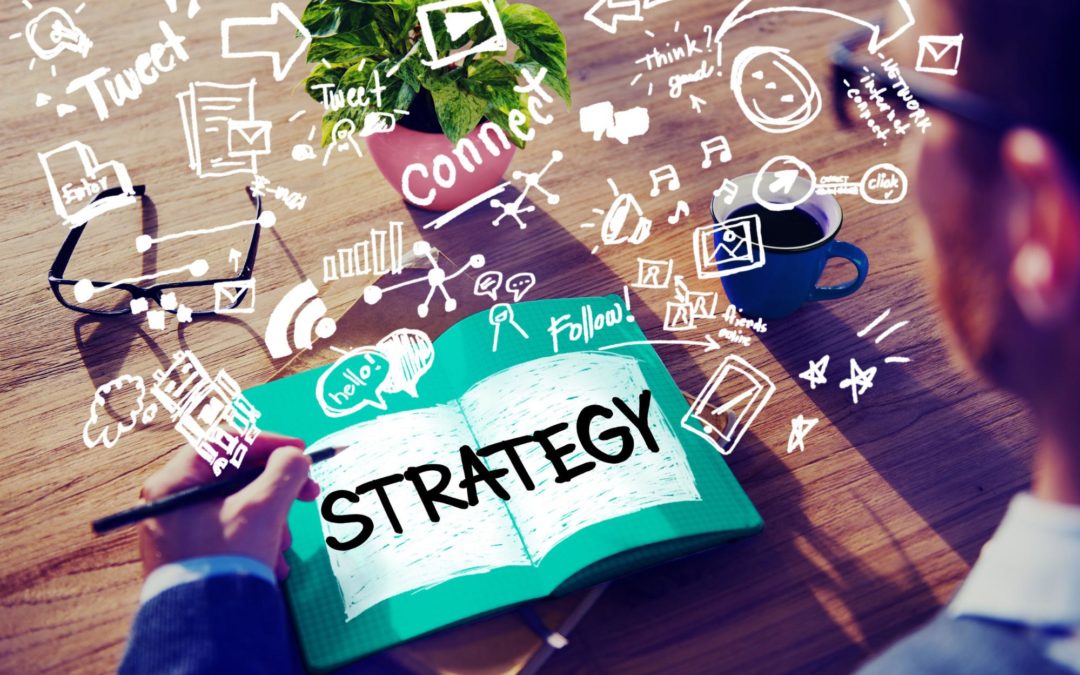 For a small business, gaining steam on social media is undeniably an uphill battle. You have to contend with algorithms that make it nearly impossible to get discovered until you achieve a certain level of visibility. This situation puts you in a catch-22: you can’t get anyone to view your content until you get engagement, which requires views!

Nevermind the fact that social media overwhelmingly prefers silly or opinionated content—two things that really don’t gel with the average business’s branding. Sure, you can gain thousands of shares by posting ridiculous cat videos, but there’s a slim chance all that attention will aid your business goals.

Despite all these challenges, putting your business out there on social media isn’t just worth it; it’s necessary. According to research from Stone Temple, 63 percent of all web traffic in 2017 came from mobile devices. In the U.S., 87 percent of mobile internet time is spent in apps. What are the most common apps? Facebook, YouTube, Instagram and Snapchat, to name a few.

Following this logic, people on the internet spend the majority of their time looking at social media apps on their phone. While Google Search is another top app—meaning SEO is also critical for businesses—social media is by far the most common way people discover content. Consider that two thirds of U.S. adults say they get their news from social media.

Put simply: if you aren’t on social media, you will have an incredibly hard time gaining brand recognition for your business. You will also have a tough time getting attention for your laboriously crafted content.

So how can you climb uphill to earn engagement and, eventually, legions of fans? Start by following these six tips below.

Talk About Your Audience, Not Your Business

No one logs into social media to talk about you! Okay, that may be an unfair exaggeration, but our point is that most people enjoy social media because it’s all about me, me, me.

You should use that tendency. Instead of talking about your business, talk about your industry in a way that people can relate to. Suddenly, you’re not just promoting. You’re conversing. Or, you’re informing. Sometimes, you might even be commiserating. 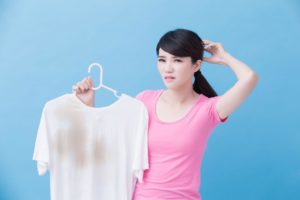 Here’s an example: consider a post written by a local dry cleaner that says, “Our new powercleaning process can bust the deepest stains! Come in today and mention this post for $5 off.”

While the offer may be tempting and the service may be useful, people may tune them out. Instead, the business can say, “Got a piece of clothing hiding in your closet because you can’t remove a stubborn stain? Bring it to us! With our new powercleaning process, your favorite outfits can find new life. Get $5 off your service when you mention this post!”

The difference is all about perspective. When you write content, don’t just subtly hint at relevance to your audiences. Instead, write things for them that subtly steer them towards your business services. Flipping your thinking around can be a quick path to more consistent conversions.

Cover Interesting Industry Topics Rather Than Just Your Brand Alone

Another way to branch away from overpromotion is to be a font of news and information for your industry. A restaurant can discuss exciting new culinary movements. A healthcare provider can offer self-care tips and the latest studies on which health practices are most effective. A local gym can share stretches and exercises people can do at home to start feeling better.

When done right, this content earns your audience’s interest without your business appearing like it wants something in return. You also round out your subject matter pool to include topics that are universally interesting and helpful to people in your target market.

Participate in Discussions in Groups and Trending Hashtags

What if your brand were a really helpful person? That’s the approach many of the most successful social media marketers take when they’re trying to build an audience. They get proactive, reaching out to target audiences in the social niches they occupy.

For example, the same hypothetical dry cleaner mentioned above could join laundry and housecleaning groups. As long as they are not overtly promoting or stealing focus from other discussions, the business can become a valuable contributor to the group. After all, who better to offer expertise than the experts?

When building your initial audience pool, try to be very active in Facebook groups and public discussions. Avoid coming across too opinionated, but don’t be shy about setting facts straight. With enough effort, you can gain some initial followers—and maybe even customers!

Aim for Emotional Content That Tells a Story About Your Customers

Of all these options, emotional content can be the easiest for a small business to pin down. While getting an emotion out of your audience may seem like a tall order, it’s actually fairly hard to fail completely at it. An attempt to make a joke or be “cool” might go over like a lead balloon. Being controversial is never a good idea since it, well, stirs controversy. But no one can 100 percent fail at communicating emotion as long as they’re sincere. 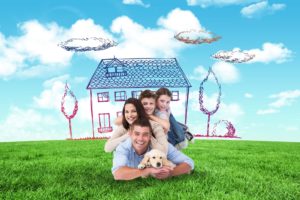 Think from your heart, and start by telling stories either about your customers or related to their lives. Get to the emotional core of what your product or service offers. If you’re an event caterer, you’re offering strong memories and good times. If you’re an IT and cybersecurity services provider, you’re providing reliability and peace of mind. If you’re a dry cleaner, even you offer customers an emotion: a feeling of control over their lives and the ability for them to wear what they need when they need it.

When using a storytelling approach, start small. Highlight a customer whose day you made. Or, mention the emotional benefits of whatever information your content offers, such as information to help make people’s day less stressful.

From there, you can learn more about how to combine images and text in a way that stirs people’s souls.

Consider Gatorade’s mini film “The Boy Who Learned to Fly,” which earned the sports beverage company 15.3 million views and over 68,000 “likes” on YouTube. It told a powerful story that ranged from exciting to tragic to joyous in just seven minutes.

You may not have the budget for something that ambitious, but at the very least you can be inspired by businesses able to tell a story where they’re just a supporting character or an outside observer.

There is probably no more powerful social media marketing phrase than “What do you think?”

Arguably, all of social media is just one big pile of people telling others what they think. When they share art or humorous content, they’re really saying, “This is the type of thing I like!”

“People like to think things through,” explains Barry Feldman on Hubspot. “They like to hear from other thinkers. Certainly, they want other people to know what they think.”

Soliciting opinions is a surefire way to get your audience talking. Try to avoid controversial topics, and moderate comments that include vulgar, hostile, harassing or otherwise off-brand statements. Having someone mad at your business for deleting your comment is a whole lot better than being the business that let someone attack others in their comment section. 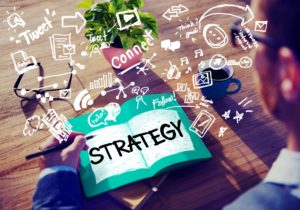 The beauty of asking others for their opinion is that it can be done with just about every post. If you’re a cybersecurity company talking about the dangers of weak passwords, you can ask people for some of the worst passwords they’ve ever seen. Or, if you’re a restaurant writing about the best foods from around the world, throw in a question on your post asking your audience about the best meal they’ve eaten abroad.

Soliciting opinions is easy, and it can reliably earn engagement. Just be wary of doing it too often, especially if no one’s taking the bait. You don’t want to be the brand that gets mocked for throwing a poll that absolutely no one clicks on.

Research Your Audience’s Interests and Influencers

All of the above tactics work well on their own, but you turbocharge their effectiveness by doing a little digging and documentation on your audiences. Try to identify the types of content topics they seem to be most interested in. Look at influencers they frequently interact with, and try to write content you think that influencer would share.

Above all else, write down your strategy, measure your results, and experiment to find better performance over time. The nice thing about social media marketing is that your engagement numbers are easy to track! Keep an eye on your graphs, and let your “likes” point the way to a bigger, more interactive audience.

8 Effective Content Types and How to Use Them
Digital Marketing Trends Leading into 2019
Here's the 6 Facebook Changes You Need to Know About...And What They Mean for Your Business
The Six-Step Process For Creating Marketing Content Even When You Are Very Busy
11 Steps to a Successful Social Media Contest
How Often Should I Be Posting to My Blog?
Back to Basics: 5 Internet Marketing Essentials Your Business Needs to Succeed Online
Starved for Content Ideas? Here’s How Original Research Can Keep You Blogging for Months
4 Essential Facebook Marketing Strategies the Top Business Pages Use
Why High Quality Content Matters More than Keywords for SEO
Internet Marketing Basics for Your Home Business
Using YouTube For Gaining More Authority And Traffic For Your Website
How to Find a Content Writer Who Can Spin Your Blog Into Gold
IFTTT Syndication Network For Content Marketing And Search Engine Optimization
After the Reddit Redesign, Should Your Business Give the Social Channel a Look?